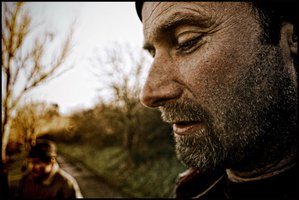 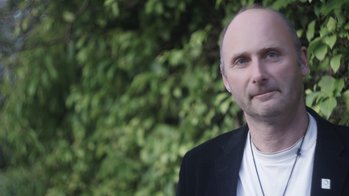 I've been interested in Celtic culture and history since I was a child although I first became seriously interested in Druidry during the 1990s when I discovered 'The Book Of Druidry' by Ross Nichols. I have studied Druidry for over 20 years, spending 7 years of that time working through the Bard, Ovate and Druid grades of OBOD, although there is always more to learn.

I became facilitator of Solas Nemed (a grove in Wexford, Ireland) which was originally created by Cait Branigan and Wil Kinghan in 2003, I now live in Kerry and I am facilitator of Solas An Iarthair grove on the Dingle peninsula, in Co. Kerry. I became an Archdruid of Druid Clan of Dana (DCD, part of Fellowship of Isis) in 2009 and I completed my OBOD training in 2011 and I am currently a Mentor for OBOD.

In 2006 I started Irish Druid Network, an information website for Druids in Ireland, which I still help to maintain. In 2010 I started Éigse Spiorad Cheilteach (Gathering of Spirituality) as an affordable annual event (in August) for those interested in earth-based spirituality. Friend and colleague Anna Coote helped me organise subsequent years and after I retired from it, in 2016, Anna continued to run it annually with fellow Druids Eimear Burke and Paul Corcoran.

In 2012 I was one of the founder members of Pagan Life Rites (PLR) in Ireland which, following on from Pagan Federation Ireland, offers legal celebrancy to the Irish Pagan community. I am currently an independent non-legal Druid celebrant, as part of OBOD and DCD, although I am still a lay member of PLR. I am also a Reiki practitioner, author, artist, musician, horticulturist and I am involved in environmental activism with Extinction Rebellion and FOE. You can read my articles on Druidry on my articles page. There are also some Druid blogs I wrote for Moon Books and also one for Philip Carr-Gomm.

Celebrancy
I am available for Druidic rituals, both Celtic and Nordic ceremonies - handfastings, baby namings, last rites and funerals however I am not currently a legal celebrant for marriages. In all cases these can be tailored to your individual needs. My rituals have a Druidic format but I am happy to accommodate other spiritual paths as needed and customize ceremonies as appropriate. Please email me if you'd like to discuss a ceremony.

I have spoken at many events over the years and I am available to speak on Druidry, social and environmmental issues. I am a mentor within OBOD (online) but I am also able to offer one-on-one private tuition in person (not online). Please email me if you'd like more information on this.

Rates
I do not have any set rate, this depends on your circumstances and also distance for me to travel, I try to be as reasonable as possible as I believe that spiritual services should be available to all people, regardless of their financial situation. Contact: info@lukeeastwood.com

"Solutions to our problems as a species require a change of attitude and thinking, especially amongst those in positions of power and influence. Perhaps this need will provide an opportunity for Druids and others of similar spiritual/wisdom paths to have a greater and hopefully insightful input on the future of human society."