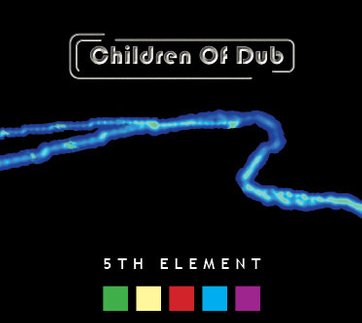 Back in my mispent youth I spent a good few years writing and recording music, mostly under the banner of 'Children Of Dub' - producing a mixture of house, trance, ambient, ambient dub and drum n bass music. At the bottom of this page are a few videos that you can watch or you can click the cover on the left to take you to my band website where you can read a complete history, see the discography and buy the music on CD, vinyl or download. You can buy the music DVD (featuring 23 songs) there or you can find more info at Magick Eye Records at www.magickeye.com or at childrenofdub.com

I have been playing music most of my life, starting with the recorder at 7. I moved through several different instruments and by the time I was at University I was writing my own (not very good) songs. I started out in Rock in a band called Eclipse with Demian Castellanos who later worked with me in Children Of Dub and also later formed psychedilic band The Oscillation. Although I love Rock, along with many other genres, I was keen to move into Dance Music fairly rapidly after being blown away by Acid House in 1987.

It took me a few years to figure out how to properly make House, Trance etc. and I was strongly influenced by my involvement in the underground London club night Zero Gravity. It was in fact me who found the infamous 'Clerkenwell Clock Shop' in 1990 when looking for a cheap or free practice venue for my band Eclipse. Our drummer Giles knew these crazy Croatian refugee popstars living in this big terraced house with an enormous workshop at the back. It wasn't quite right for us as a practice room but I thought it would be a perfect hidden away spot for my DJ friends to develop their embryonic club night - the very first Zero Gravity (which I was at) had been quickly shut down by the police due to noise levels.

I brought round my friend Chris (DJ Zach who was promoter for Zero Gravity) to The Clock Shop - he loved the place and soon after DJs Cloggi and Quark (Richard & Jono) moved in on the top floor and also met soon-to-be lighting/FX guru Denny Domingo who was already living there. That chance discovery launched one of the best and most popular alternative Dance clubs in the UK, which lasted several years, even after The Clock Shop was closed down and demolished (due to phosphorus contamination). During the first year of Zero Gravity at The Clock Shop I spent a lot of time with Denny and DJ Quark especially, who introduced me to a lot of new music. Quark's remixing of mine and Demian's demo 'Journey To The Inner Light' at The Clock Shop inspired me to explore fusing Rock psychedelia, House/Trance with Dub Reggae style bass and production - so it was out of Zero Gravity that Children Of Dub was born.

DJ Zach joined briefly as a member, including our debut at Whirl-Y-Gig. Katie Hecker joined a year later & Demian dipped in and out, while he did his own music. I was writer, producer & performer in Children Of Dub throughout, the 5th (final) studio album, featuring Chucky Chrysal &  Emma Stack was released in 2020.

"To describe music as mere sound is an understatement of epic proportions. Music is a universal language of sound that expresses culture, race, time, spirtiuality, all our emotions, the arts and intellectual concepts. It can heal us and transform the soul but above all it has the seemingly magical power to unify sentient beings – even a herd of cows and a farmer can silently enjoy music together, bonded (at least momentarily) by the experience."